Baltimore-based JMI Equity was celebrating its 25th anniversary and looking for a creative way to commemorate this milestone with a fun and engaging team-building event. Event Mechanics Co. helped organize and design an Olympic-style team building challenge that took place at the Four Seasons Resort and Club on the Championship Tennis Courts. 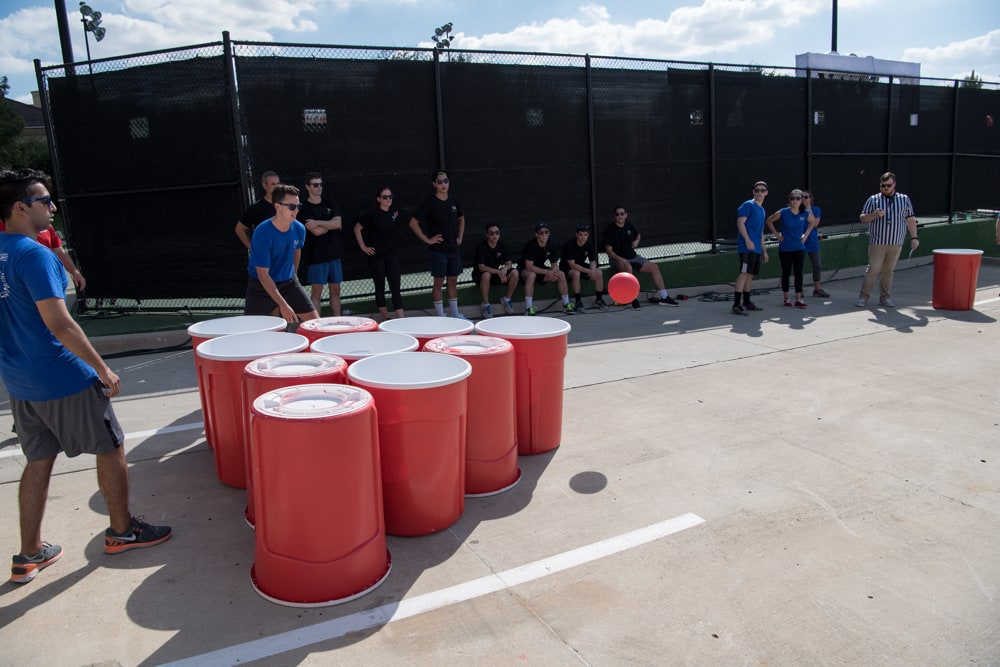 “Thank you, Event Mechanics Co., for your diligence and obvious efforts to take this event to the next level for the JMI group. Our experience would not have been what it was without you behind the scenes. ”

“I cannot say enough about how enjoyable of an experience it was to work with the Event Mechanics Co. team. What a fun group! The event was exactly what I was hoping it would be.”

We brought this 2000+ person conference to life through our creative team’s vision for enhancing the conference with top of the line design and equipment.

Working behind the scenes with the world’s leading boxing promoter, we brought together the Canelo vs Saunders boxing match at AT&T Stadium, oh which set an all-time attendance record for an indoor boxing event held in US with 73,126 in attendance!

Teaming up with Dak Prescott off the field, Event Mechanics Co.

Our client asked for a “Supper Club Soiree”, and that is exactly what Event Mechanics Co.

The 1980s were a time of great pop culture including some of the best movies, music, big hair bands, and toys of all time.

A member of our team will get in touch with you shortly.

Thank you for becoming part of our digital mail club.